Sometimes with doing this video work you can open the door to new opportunities  and make a little coin doing it. Over the past year I was able to build a relationship with David Rickels through the work I did making documentaries and helping create visuals for his upcoming fights. This time David along with a few partners wanted to embark on a new adventure and asked for some of my assistance. David wanted to take something he was passionate about and start something that gave others an opportunity to be as great as he is  and a platform for others to succeed in. This is where David Rickels along with Chris Gerhardt and Steve Hanson formed the new Kansas fight promotion Evolution Fighting Championship.

August 8th would be the official first event and instead of just being an event they wanted to make sure it was presented in a way that could compete with all other indy promotions while giving you a hint of how big it would be. This is where I come in. Rickels is a brainstorming machine  they only problem is taking all those random ideas and making it tight for the psychology of how people watch video.  He wanted commercials and entrances and promotion  and all the stuff that says we are the real deal. It was my job to filter that and make something that was a a bit more closer to the range of  possibility.  So I produced some of the standard stuff like fighter spots, red and blue corner animations, and teasers. We also got together and shot a show opener with some of the home town fighters. 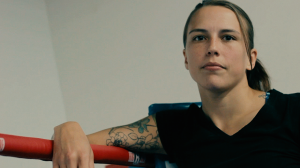 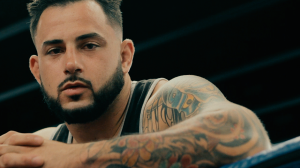 It was no easy feat as there is a lot of research and trial and error that goes with the post production process and even pre production. 1 minute of content an be a day and a half of work. People want video to look like it took almost no effort. I do a great job at that but can log in 100s of hours easy. This was one of my largest undertaking  but one I enjoyed a lot. Fight day is when I stepped into the world I knew very well. Capturing the fight in that documentary style that made my other projects successful was bleeding into  the world of event videography. All I could think about is how the big time promotions handle behind the scenes. I was determined to make sure I captured the moments that would be special for these fighters. The moments of anticipation, the moments before the music is cued for the walk out , the agony of defeat and joy of victory ..These were things that would give life to the show outside of just watching the fight. I wanted to make sure David could see his vision being more than just a fight night . I wanted him to see it look and  feel larger than life. I wanted the fighters win or lose to see themselves in a way they never would have imagined. I even amazed myself at some of the moments I captured. It was all business but fun as well. 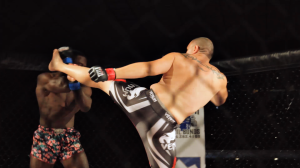 Once it was all over I loaded the content and it was time to edit. Not jsut my footage but the master footage of the show to be put out for the fighters to share with their fans. Both presented its own challenges  because my video of the night had texture and emotion whereas the line video was just cold  and detached. That made it more of a chore  dealing wit the line video than fun but it was something that had to be done. Not for me but for the fighters. They depend on these videos to secure other fights and to show they are a real competitor in the sport. When it came it came to my video many of the fighters knew it would be special and would email every few days for a check up on if I was going to put any out.

So what I did is construct a few fights  for the sake of sharing  and then took a couple of the other fights and turned them into full productions. The stuff I appreciated about NFL Films and WWE was the things I wanted to show. Sometimes people think shorter is better but its all about psychology. If you grab a persons attention the right way they will take the trip with you  to the end. I wanted the videos to build to the Main Event so I set the tone of the first couple of fights I edited  left them short and sweet. Giving the viewer a full experience  but compressed into 4 to 5 minutes  but having them wonder how  the Main Event would look. With the main event I knew I would give it 10 minutes. I wanted to pace it like an action film and tv show. 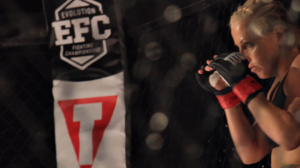 The music and soundtrack was built for the match  and the editing would put a balance on the match so once you got to the end if you had not seen the fight you really didn’t know whose hand to put the win in.

The feedback was amazing and for non fans of the sports they all gave a positive feed back to the tension created by the video. This is why I love the art of film-making because you are taking the viewer on a mental roller-coaster when done correctly. So If you will click the link and go to the EFC page watch some of the video highlights and keep an eye on whats to come  with future EFC events.