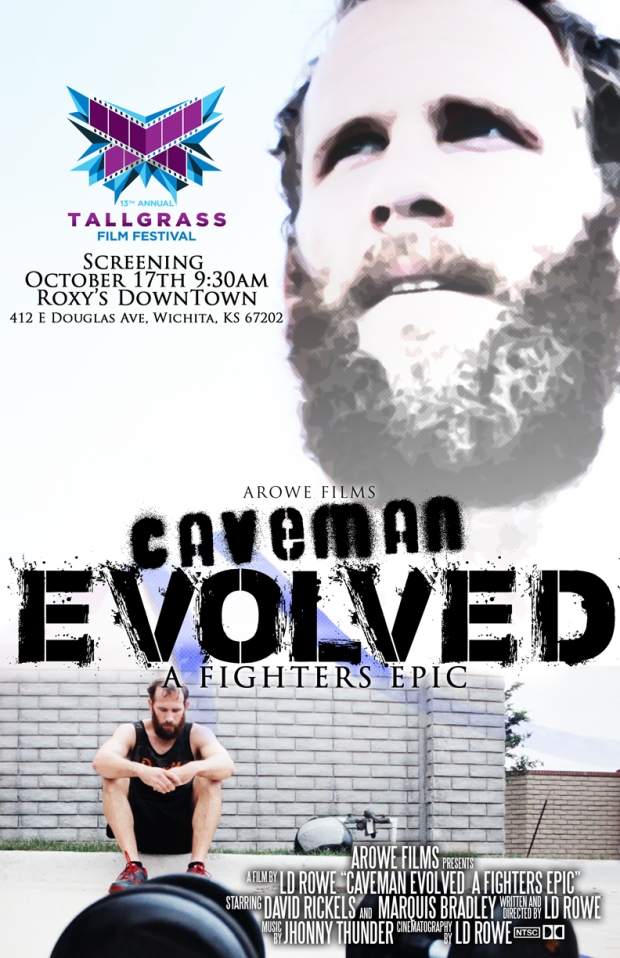 We are very happy to announce that our latest short film with Wichita’s mixed martial arts superstar David ” Caveman” Rickels has  been picked to screen at the 2015 Tallgrass Film Festival. What makes this exciting is its a local story being told at a major film festival that’s hosted in the same city! Caveman Evolved is just the latest story with Rickels and us with maybe more to come. ;-). It will screen as part of a 4 day film festival and show on day 3 at the Roxy Downtown in Wichita Saturday October 17th at 930am part of the shorts program. I know its kind of early but we have a nice little treat for those of you who make it out.

If you find the director Lester “LD” Rowe at the screening he will be giving away 30 special edition DVDs of Caveman Evolved with an added bonus film included and an autographed postcard by David Rickels.